Email Us For Free Tickets! 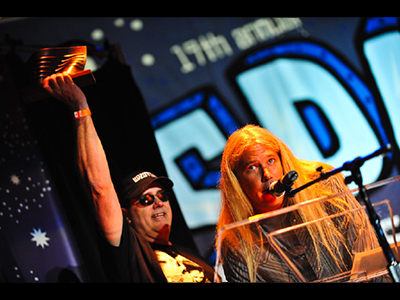 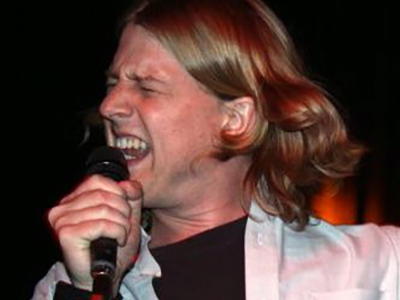 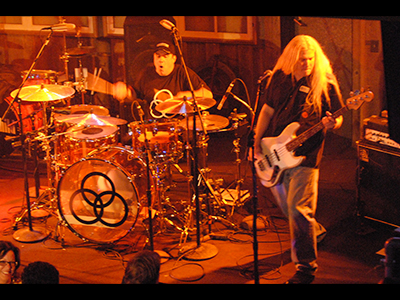 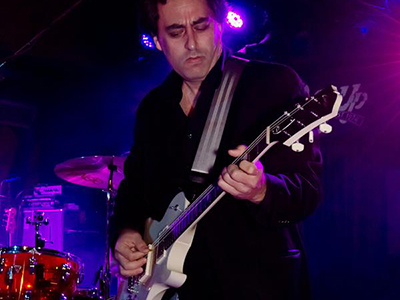 Sign up for GET-THE-LED-OUT email notifications of our upcoming shows. 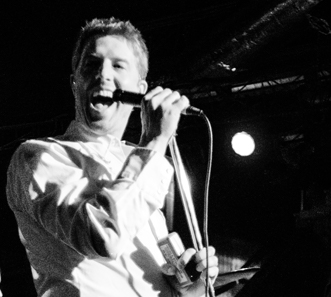 How long have you been singing?

I can't remember a time when I wasn't singing. My parents tell me I used to sing to myself in the crib! Chorus in high school. Glee club in college. Starting singing in my first rock band almost nine years ago. I've even sung back-up vocals with Dazed And Confused a couple times!


Shure SM58 Mic. Hohner Marine Band Special 20 harp. One of the perks of being a singer is the quick load-out!


Yeah! I've been playing guitar for twenty years. And I dabbled in piano lessons when I was younger.


I spent more years in Pittsburgh than anywhere else. But I went to high school in Bethlehem, PA. That's on the other side of the state


After graduating from Pitt, I felt I needed a change. I had visited SD a year prior. Seemed like a nice place. So a buddy and I packed up my Toyota and headed west! No job. No apartment. Just guts and moxie! But we really just picked a city on the coast and headed there. I'm glad I picked San Diego. I can't imagine anywhere better!


"Zeppelin II" has always been my favorite album. But these days I think my favorite tune is "In My Time Of Dying."

How long have you been playing?
What equipment do you use?
Do you play any other instruments?
Who are your influences?
Where are you from?
How did you come to be in San Diego?
What's your favorite Zeppelin tune? 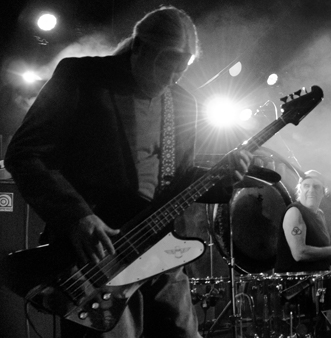 How long have you been playing?

I've been playing the bass since 1981. There was a string of hits on the radio from Rush's Moving Pictures (Tom Sawyer, Limelight, etc) and these were songs driven by the bass and drums. Also, Geddy Lee was funny looking, and I was funny looking and I fell in love with the bass because of him. I mowed every lawn in the neighborhood to earn the $125 to buy a Memphis P-bass copy. I was 12 years old.


I use an all-tube Ampeg SVT Classic through an Ampeg 6x10, a '62 Fender Jazz bass and a Gibson Thunderbird. Boxers, never briefs. I use Magnum condoms. Power boats over sailing and I'm allergic to cats.


I also play a little guitar. I call my style campfire guitar, because that's about all I can do, strum major chords around a campfire. If someone asks for "suspended" chords or whatever, I'm done.


I mentioned Geddy Lee as my main influence on bass, but I also would list Sting and the first 4 Police records as big influences on me as a youngster.I was very much into Queen, Yes and of course, Led Zeppelin. There were jazz legends we would listen to with our mouths agape: Stanley Clarke, Andy West and Jaco Pastorious, but we were just playing simple rock n roll in those days. If we could mimic guys like Steve Harris or Billy Sheehan, we were doing just fine.


Washington D.C. and raised in the Northern Virginia suburbs.


I went to high school at Lake Braddock and college at Radford. My sister was living in San Diego with her husband who was in the Navy. I came to visit twice and that second time I just went home and got my stuff. That was 1993. I'm still surprised the whole country doesn't just pick up and move to San Diego.


My favorite Zep record is Physical Graffiti, and my favorite songs are Rain Song and Ten Years Gone. I'm much more into the rockin/theatrical side of Led Zeppelin than the early blues side.

How long have you been playing?


I've been playing drums since I was eight years old. Several decades have past. After high school I touring in bands in New England and Canada and studied drums in Boston with the jazz drummer legend, Alan Dawson.


My latest kit is Ludwig's John Bonham Vistalite re-issue. The kit is a replica of the one John played in "The Song Remains the Same" movie. The drum heads are all Aquarian: Triple Thread on the snare, Super Tens on all toms and the Super Kick 10 on the kick. The stands and pedals are all Tama. Kick pedal is Axis A21 single pedal. I use Paiste 2002 cymbals and gong and Promark Shira Kashi Oak 2B wood tip sticks. The drums are all internal mic'd with the Randall May internal mics system using AKG D112s and the Sennheiser 604 in the snare.


I'm originally from Boston. I was born and raised there in a town called, Stoneham.


After reading Tom Wolfe's "Electric Kool-Aid Acid Test" in high school, I knew I had to come to California. Soon I began a trek which ended quickly when a school bus hit and totalled my 1966 MGB in Ontario, Canada. It took years but I finally moved to San Diego in the early '80s and immediately began playing live and recording with local bands. I did have visions of moving to LA, but San Diego became my home. I doubt now I'll ever leave now. I love this town!


My favorite studio Zeppelin tunage is "Good Times Bad Times". It was the first Zep tune I ever heard. Bonham's playing and his broken triplet bass drum patterns just blew me away. I haven't left the woodshed since. My favorite Zeppelin album is "Led Zeppelin" their 1st LP with "Presence" and all the rest a close 2nd. I'm also a fan of Zeppelin bootlegs. Despite the challenging audio on these kinds of recordings, they're really my favorite. Rock!

We are a San Diego, Ca. based Led Zeppelin tribute, San Diego Music Award winner and have been ringing all the power, over-the-top rock and roll Led Zeppelin style for over ten years.
We are available for booking concert shows, night clubs, outdoor shows, private events and all ages events.